A Proposal for “Sheng Project” 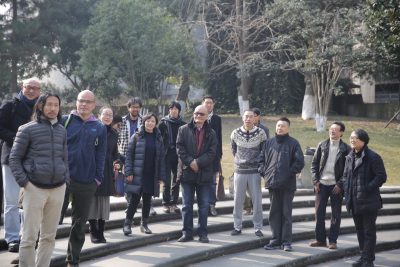 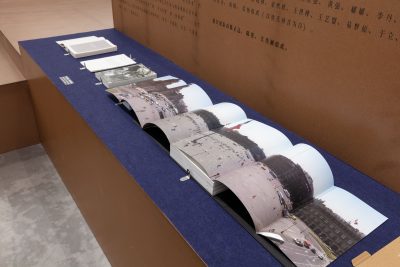 Proposal | A Proposal for “Sheng Project”

Display | Zheng Shengtian — I Was Supposed to Go to Mexico

“A Proposal for 'Sheng Project'" is a joint curatorial project between the Long March Project and Institute of Contemporary Art and Social Thought in China Academy of Art. Launched in 2015 as a longue durée enquiry into the complexity of its subject, the project takes Zheng Shengtian (Sheng), an eminent pioneer in Chinese contemporary art, his life and art career more than seven decades, as the subject of research. By scrutinizing his encounters in art and life experiences for more than a half century, it attempts to reactivate our sense and perception of Chinese art and society in the Revolution and post-Revolution era.

“A Proposal for 'Sheng Project'" does not suffice itself with regular curatorial production which tends to summarize the research into a static format of exhibition, instead, the project would inaugurate with a proposal, which is integral to the project’s oftentimes growing and diversifying curatorial method. In this stage, the unconventional publication assembled the ongoing research––chronology, parallel histories with material or oral evidence, index to his complete paintings, the contextual knowledge in arts and literature of his time––into a multi-layered curatorial proposal, which aims to propose to the Chinese and international stakeholders interested in the different models of international exchange of the arts.

Sheng’s life is as elaborately constructed as history itself. Through him, we can discover the twists and turns, coincidences, encounters and forked paths of the last century of Chinese history, and sense the confluence of surging undercurrents. “I was supposed to go to Mexico.” Sheng said as he recalled his first travel abroad in the 1980s. This plain utterance now holds profound implications forty years later. Time flows eternally, yet history occurs only once. We are guided into the twists and folds of the twentieth century history in search of the abounding historical meanings, possibilities, or potentials that hides within.

Sheng speaks of life as a Zócalo (the main square in central Mexico City), one that bustles with people coming and going. Structured around the image of a Zócalo, the exhibition unfolds along Sheng’s personal life and experiences, maps the multiple historical frameworks of Revolution / Post-Revolution, Cold War / Post-Cold War, Imperialism / Neo-Imperialism, with the support of extraordinarily rich collection of documents and archives. It projects the “two modernisms” in revolution and art of the twentieth century, and interconnects the divided and periodized “Three Thirty Years” in Chinese historical narratives. Furthermore, these rich documents reveal chance encounters, entanglements, struggles and vicissitudes among different generations in the Zócalo of life. A life-river full of contingencies and a Zócalo that unfolds into a century forms into a fascinating labyrinth of destinies under the interaction of various historical forces.

The title of the project originates from the name of an online databank set up by Sheng himself, http://shengproject.com/. Yet this eponymous curatorial project is not a retrospective of an individual person or an exhibition of historical documents. As a long term project that spans various fields such as art making, research, curating, and education, in the past two years the curatorial team has engaged more than fifty art practitioners in and beyond of the disciplinary of contemporary Chinese art to participate in a series of research, introspective, and expository workshops and conferences. The outcomes of these curatorial and editorial meetings will be compiled into what we call a “book in action”. By working together with professionals from different generations, this project endeavours to reconnect fragmented memories and therefore becomes a ground zero for the self-emancipation of Sheng’s contemporaries. In this respect, “A Proposal for 'Sheng Project'" is a proposal to all within the field of contemporary art.

Through “A Proposal for 'Sheng Project'" , the curatorial team anticipate inviting other peer practitioners to inspect the subjective realm of history that is Sheng’s personal archive. Our project is about fostering an openness toward historiography by taking personal life experience as a departure point. We believe that only by responding with the whole of our minds and bodies and by immersing ourselves in the sparks caused by the collision between self and event, can the past be illuminated. And only by reconstructing another site can we encounter the history, and only becoming history can we gain a grasp on history.